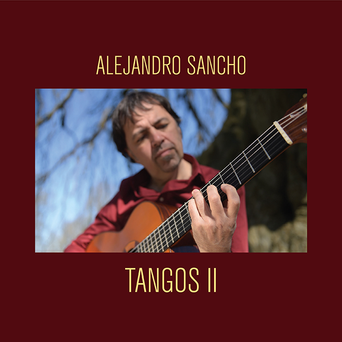 Alejandro Sancho's guitar dances and sings and manages to convey much of the drama and emotional charge that a tango often holds.

TANGOS II is as fine, stringent and gripping an album as the debut TANGOS was [...] Performed simply, straightforwardly, sensitively.

Besides his love for tango Alejandro has a wide taste in music. His repertoire ranges from jazz over bossa nova and modern Brazilian composers such as Tom Jobim, Chico Buarque and Ivan Lins to 60's and 70's music performed by artists like Lennon & McCartney, Joni Mitchell, James Taylor and Stevie Wonder, for whom he has a deep love and respect.

As a touring artist Alejandro has had the pleasure to perform in some of the most prominent theatres and concert halls around the world such as Sydney Opera House, Chicago Symphony Hall, Paris L'Olympia and the Bolshoi Theatre in Moscow.

When not on tour Alejandro spends most of his time in Denmark where he is one of the leading forces on the local tango scene, performing both solo and with a wide constellation of singers and musicians.